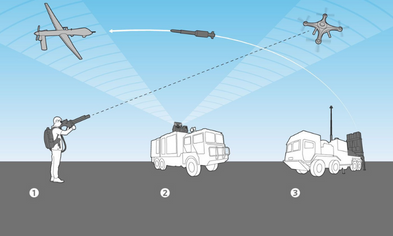 Please do not hesitate to contact us if you have any queries.

The counter drone system is also known as the anti-drone system is used to intercept harmful drones. Every year the world is drastically upgrading technology and reaching its level of heights. Compared to classical technologies the world has modernized technology and taken it to another level. Looking at the fact there can also be technologies that can be hidden and also create a lot of destruction, there is no doubt that due to the insecurities of technologies a secure life becomes a priority. One instance of modern technology can be the drone. A drone can function in several terms, a drone can fly, can have a camera with an accurate capture of an image, etc. the drone can have a lot of features in it.

The drone is also known as one of the advanced technologies in this era of modernization. The fact of the matter is that a drone can also have the function to recognize people and attack them, which becomes a mere threat to one’s life. The drone was invented with positive intentions, but in the same way, it can also be misused through the alteration of its function. Our counter-drone solution consists of various kinds and functions, these are the Radio Frequency Analyzers (RF), and available at a low cost, these counter drone solutions are capable of detecting the radio transmission between one drone to another, in this way the RF Analyzers can recognize and analyze the communication between two or more drones. Aarmtech’s s RF analyzing counter-drone solutions is also able to identify whether a drone is using WIFI and can track its IP address easily, in fact, exposes the controller behind the drone. Thus, the counter drone system can provide evidence that a particular drone and its controller were active at a particular location and time. As the usage of drone technology increased the substantial and vulnerabilities such as drone swarms, bomb attacks using the drone, firing a missile, or crashing into a preplanned target also increased.

AARMTech has a unique and flexible approach for the counter drone solution which allows us to deliver comprehensive anti-drone protection offers a customizable, multi-layered platform for the detection of unauthorized drones and to neutralize harmful drones, and provides large area coverage, mitigates the drone attack on critical infrastructures. Terrorists and criminal organizations deploy drone technology to attack strategic sites without interrupting other security systems such as Perimeter security solutions, access control system, surveillance systems, and sensors. So counter drone technology has become an actual remedy in such a case. The counter drone solution works efficiently by acting as an intelligent shield that detects intruding drones. Throughout the anti-drone system, the detectors identify the drone which is approaching the site even far kilometers away. After detecting, the anti-drone system identifies the size and model of the drone and observes its functionality, and nullifies them. An advanced radar system consists of 360-degree coverage that can be utilized for detecting the drone system. In some areas, the obstacle may obstruct the line sight so in such case passive in the buildup environments the passive RF detection can be used and this system consists of high gain directional antennas with 360-degree coverage and continuously monitor the most commonly used aerial frequency