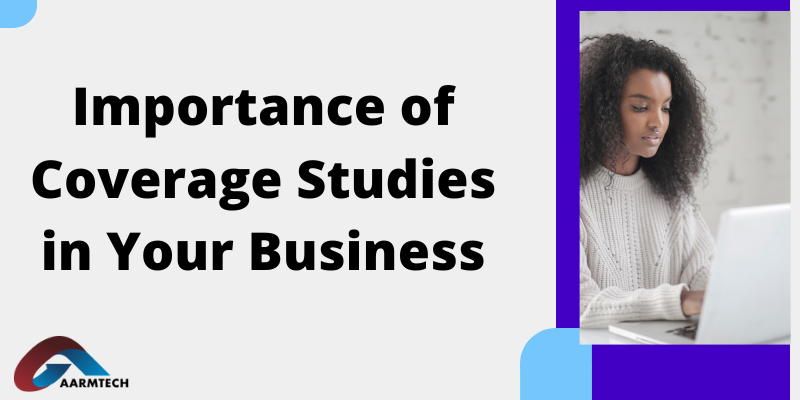 Coverage study is a method used to determine the maximum distance between two points and the efficiency of the study element like Wi-Fi, and CCTV. Etc. The coverage is measured in terms of the number of square meters (m2) that can be reached by a signal. To calculate this, we need to know how many antennas are installed at each location. It is also important to know the type of antenna used for each system; if it's omnidirectional or directional, as well as gain and sensitivity.

The benefits of coverage study are;

There are different types of coverage studies are there

Wi-Fi is a radio technology that allows you to connect your computer, tablet or smartphone to the internet. It uses the 2.4GHz band of spectrum, which is similar to the frequency used by cordless phones and microwave ovens. Wi-Fi networks can be found in many public areas such as coffee shops and airports, but they are also increasingly common at home and in businesses.

Wi-Fi coverage study is one of the most important aspects of Wi-Fi network planning. It helps you to identify and prioritize locations that need more or less access points.

CCTV stands for closed circuit television. CCTV is a type of surveillance system that uses video cameras to record images and sounds in public places, such as shopping malls, banks, and airports. CCTV systems are very sophisticated computerized devices that use software to analyse the image captured by the camera at a given moment.

CCTV coverage study is a process of analyzing the footage from security cameras and creating an accurate map or video of the area. This helps in identifying any suspicious activity that takes place in your premises. It also helps to protect you from theft, burglary, vandalism and other crimes.

Radio coverage study is the area of radio reception in which a signal can be received. The distance between two points, called the radio horizon, determines how far signals can travel before they are lost (or attenuated). Radio waves are reflected from objects and return to Earth, so there is no such thing as an omnidirectional antenna. This means that when you point your antenna at a particular direction, you will only receive signals from that direction. For example: if you point your antenna towards north-west and see nothing on your screen or hear nothing on your speaker then it means that there is no signal coming from that direction!

A distribution Antenna System (DAS) is a wireless system that can be used for the transmission of voice, data, and video. DAS systems are also known as “distributed antenna systems” or “distributed radio access networks” (DRAN). The term distributed means that the antennas are placed at various locations around a building or campus to provide coverage over an area. A DAS consists of multiple small antennas connected to a central controller. This central controller sends signals from each antenna to the other antennas in order to transmit information through them. There may also be some sort of repeater installed between these antennas.

Long Range Distribution Antenna System (LRDA) is a type of antenna that can be used to distribute signals over long distances. It is also known as Long Range Antenna or LRA. LRAs are often used for broadcasting, satellite TV, and cable TV distribution. LRAs use an array of antennas to transmit the signal from one point to another in a line-of-sight manner. They are usually mounted on towers that are spaced apart at intervals along the length of transmission lines for maximum coverage area and minimum interference with other systems operating in the same area.

Radar coverage study is the process of determining the area that can be covered by radar. It is also known as Radar Coverage Analysis. The main purpose of this study is to determine which areas are not being covered by radars and which need to be added in order to cover all areas with high accuracy. The results of this study will help you identify where your business needs more radars and how much they should cost.

Aarmtech provides coverage study is a type of research that involves the collection and analysis of data on all aspects of a particular subject. This includes both quantitative and qualitative measures., It is a research study that helps to analyze the efficiency and Bugs in PAGA, Wi-Fi, Radio and CCTV .